Binge Eating Disorder (BED) is the most common eating disorder in the United States, with more cases than anorexia nervosa and bulimia nervosa combined.(10) BED is a debilitating disorder that disrupts a person’s quality of life in a way that may cause them to isolate themselves from others. These feelings will lead to more episodes of bingeing, continuing the cycle.

However, it is essential to recognize that binge eating disorder is treatable, and recovery is possible for those who have support. 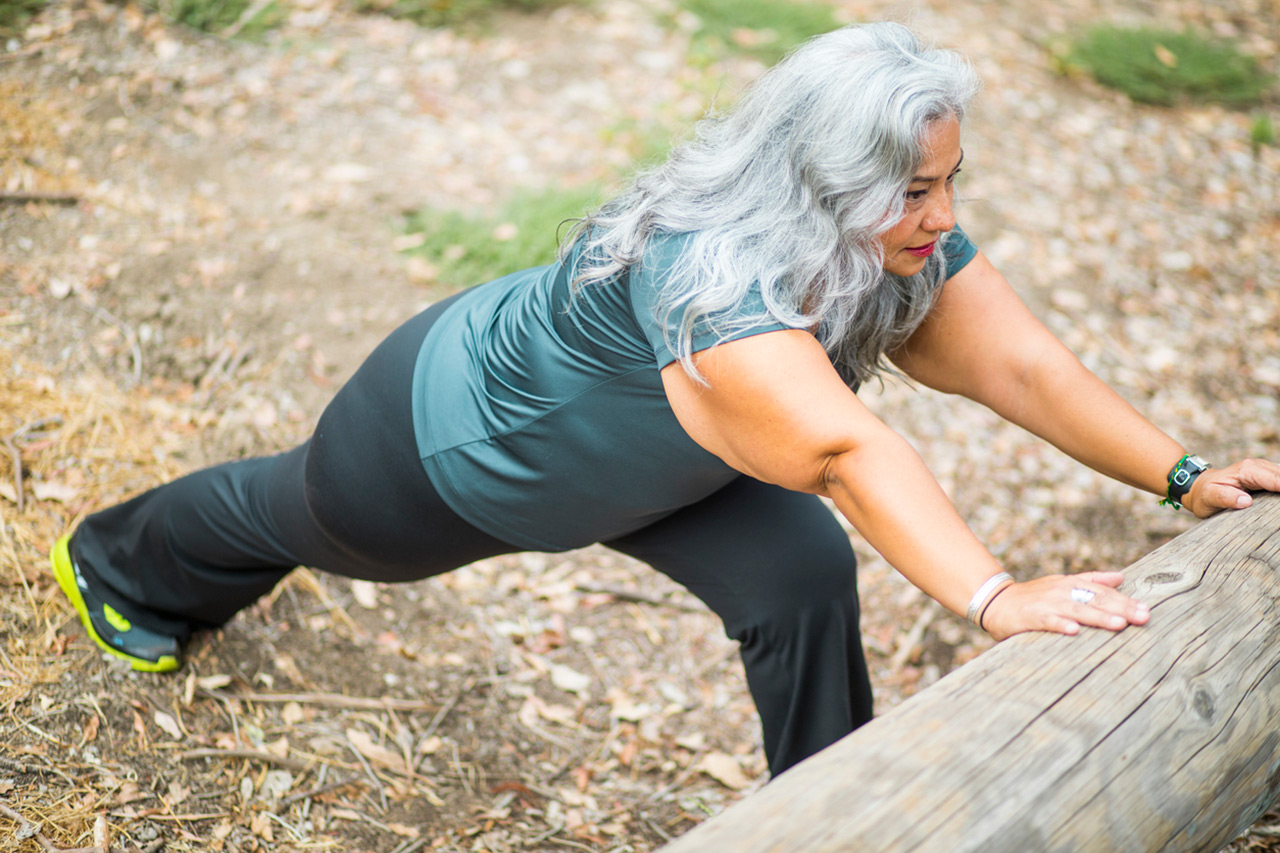 What is Binge Eating Disorder?

Those who struggle with a binge eating disorder consume vast amounts of food over a short period and experience episodes of overeating regularly. Sufferers with this emotionally challenging disorder often immediately regret their actions afterward.

People with BED often find that when they eat, they are experiencing a dissociative state. It, therefore, becomes difficult to be able to track hunger and fullness cues. The impulse is possibly tied to restrictive eating in the first place, making treatment that addresses underlying restriction the most effective for people with BED. 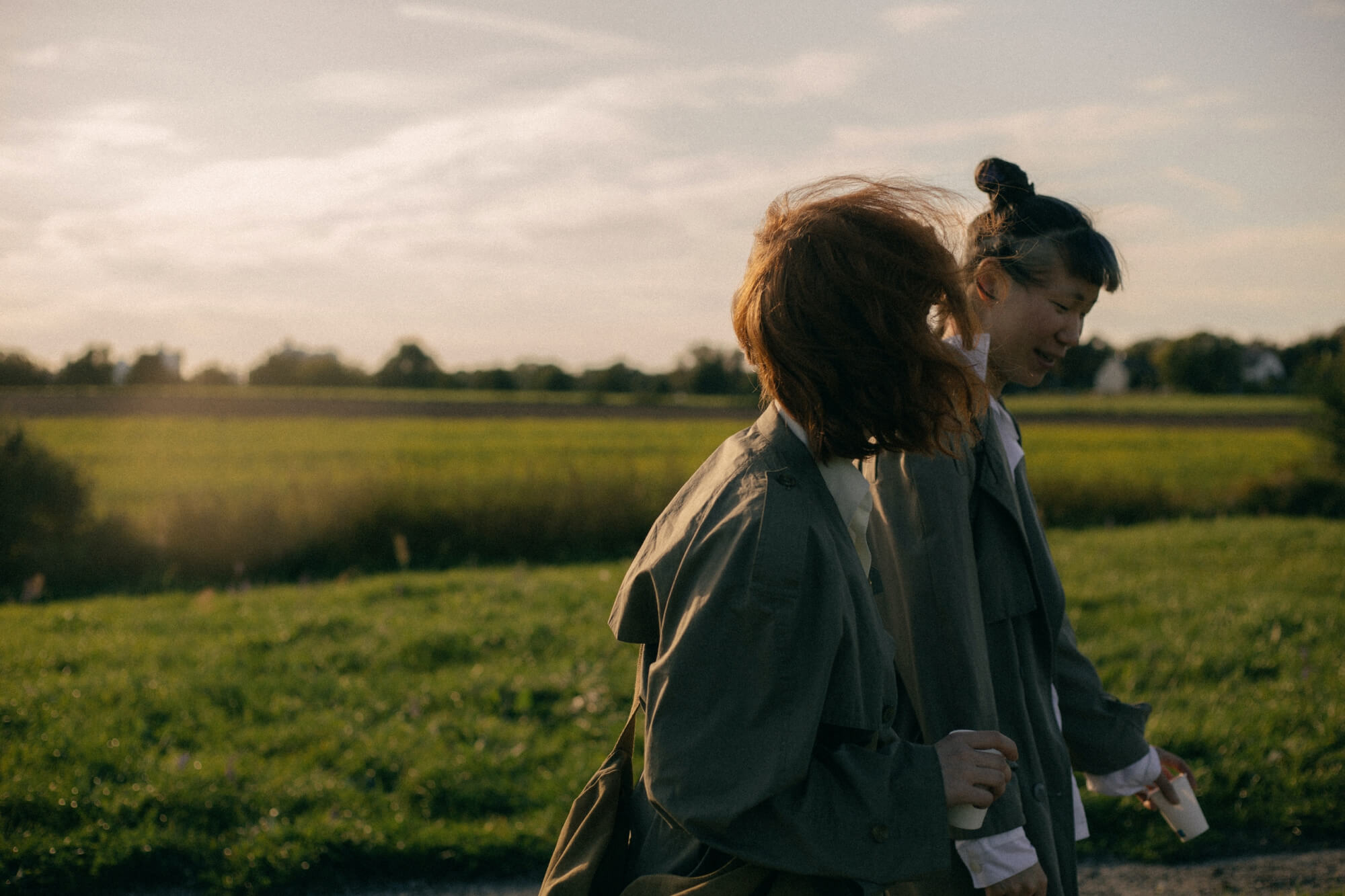 Signs and Symptoms of Binge Eating Disorder
The prevalence of binge eating disorder (BED) is on the rise in the US, with an estimated 1.25% of adult...

To diagnose binge eating disorder, a health care provider familiar with all forms of eating disorders will need to form a therapeutic alliance with the patient and be able to have a meaningful conversation around the patient's inner experience and relationship with food.

Many health care professionals who don’t specialize in treating eating disorders will often overlook the laboratory tests and other impacts of restriction beyond binge eating. There are a multitude of issues associated with BED that can be missed without a thorough examination of the patient. Make sure your care team tests for things like high cholesterol, high blood pressure, heart health, and diabetes.

These disorders include gastroesophageal reflux disease (GERD) and sleep-related breathing issues like snoring or obstructive sleep apnea. The tests may involve:

These are only a few procedures someone with BED could expect to happen when diagnosed with this disorder. The patient's medical provider may decide more comprehensive tests are necessary. (1)

According to the diagnostic manual published by the American Psychiatric Association for mental disorders, the (DSM-V) criteria for diagnosing BED those with this condition will exhibit these behaviors: (2)

When examining the signs and symptoms of binge eating disorder, keep in mind that it is misguided to assume a person living in a larger body is overeating and a person living in a smaller body has a healthy relationship with food. The reality is that BED comes in all sizes, and causes pain and suffering regardless of body size.

The warning signs that a person is struggling with binge eating disorder include (but are not limited to): (3)

Binge eating disorder can result in several negative consequences, including depression and social isolation, and can lead to health issues, and substance use. The patient may experience metabolic complications and instability in their weight, including but not limited to weight cycling. (10)

There are both short and long-term effects of BED.

There are a few co-occurring psychiatric illnesses that can drive forward or exacerbate this condition. Post-traumatic stress disorder is a common co-occurring condition due to the trauma related to micro and macro aggressions tied to living in a larger body (if that is how their condition manifests).

Other conditions that commonly co-occur with BED include, but are not limited to:

Effective binge eating disorder treatment includes engaging in a therapeutic alliance in which they can begin to explore their relationship to themselves, their body, and food. Oftentimes patients need a great deal of support in being able to give themselves permission to eat, and will benefit from learning the principles of mindfulness.

Thankfully, no one has to navigate a binge eating disorder alone. There are support groups, therapies, and medications available to help treat BED. (1)

When treating binge eating disorders, a holistic approach focusing on the entire body is recommended by most medical professionals.

Psychotherapy (also known as talk therapy) is a great way to change eating habits from unhealthy ones into healthy ones. Therapy can also help reduce how often a person engages in binge eating.

Here are a few types of therapy available for helping someone with binge eating disorder:

Vyvanse (lisdexamfetamine dimesylate), a stimulant used to treat moderate-to-severe binge eating disorders in adults, is the first FDA-approved medication for this purpose. Vyvanse can be habit-forming and misused. Its most common side effects are dry mouth or insomnia.

Other medications can also reduce symptoms of BED:

Binge eating disorder affects people across all genders, sexualities, ethnicities, races, ages, and body types. But even with this disorder being a widespread issue, many still struggle in silence.

While people with BED may feel alone, they're not. In fact, 30% of people who seek out treatment for eating disorders struggle with BED specifically. (9)

Some people with BED do not feel safe in traditional eating disorder treatment facilities, and would benefit from private care with a psychotherapist, and nutritionist. Attending group therapy can also be healing with people with BED, to help them recognize they aren’t alone in their disorder. Special care must be paid to understanding the intense emotions behind BED which require compassionate treatment practices.

When a person is engaging in binge eating behavior they are often in a dissociative state and are not in control of their actions. The majority of the time, the underlying reason for binge eating is because of food or dietary restrictions put on them in the first place.

Always remember that although binge eating disorder is a serious condition, thoughtful treatment programs are available, and healing is possible.

Living with an eating disorder is a constant struggle because a person must eat food daily. People with BED have to navigate periods of restriction, as well as episodes of binge eating, and the associated emotions that manifest with both behaviors every day.

Careful attention should be paid to food restriction around BED episodes. The reason being that the first step of a binge episode involves restricting food intake to the point of individuals being excessively hungry later in the day, which can lead to mindless eating. Keeping a food journal that documents what patterns led to the bingeing episode is therefore an incredibly valuable treatment tool.

Here are a few additional tips on dealing with BED:

Eating disorders have been around for thousands of years, with descriptions from the Hellenistic (323 BD-31 BC) and medieval times (5th-15th century AD). However, Dr. Albert Stunkard recognized BED in 1959. (8)

Pop culture in the United States is often associated with the diet culture, as many fight an internal battle with body image issues. Societal standards of beauty often cause people to develop unhealthy relationships with food.

A study by the National Institute of Health examined the increase in risk factors for developing BED due to exposure to pop culture and media influence. This cross-cultural study showed that those exposed to pop culture in America were more likely to be diagnosed with BED than other cultures like Mexican-born participants. (8)

Furthermore, the word “binge” is often overused in American pop culture. Binge is associated with such activities as “binge-watching” television shows, or “going on a shopping binge.” This cavalier use of the word is harmful and furthers the stigma BED sufferers feel about their condition for those who struggle with binge disorders.

How to Help Someone with Binge Eating Disorder

To those trying to overcome binge eating, support and connection from loved ones are not only helpful but essential. Here are ways to help someone with BED:

Specialized treatment may be necessary to overcome BED. Yet, treatment is possible, and people do recover from this disorder.

At Within Health, we understand that everyone has a different body shape and size that is deserving of care and love regardless of what number presents on the scale or their specific challenges around food.

If you or a loved one are looking for binge eating disorder treatment or healing for another eating disorder, we are here to help. Call our admissions team now to build a healthy relationship with food. 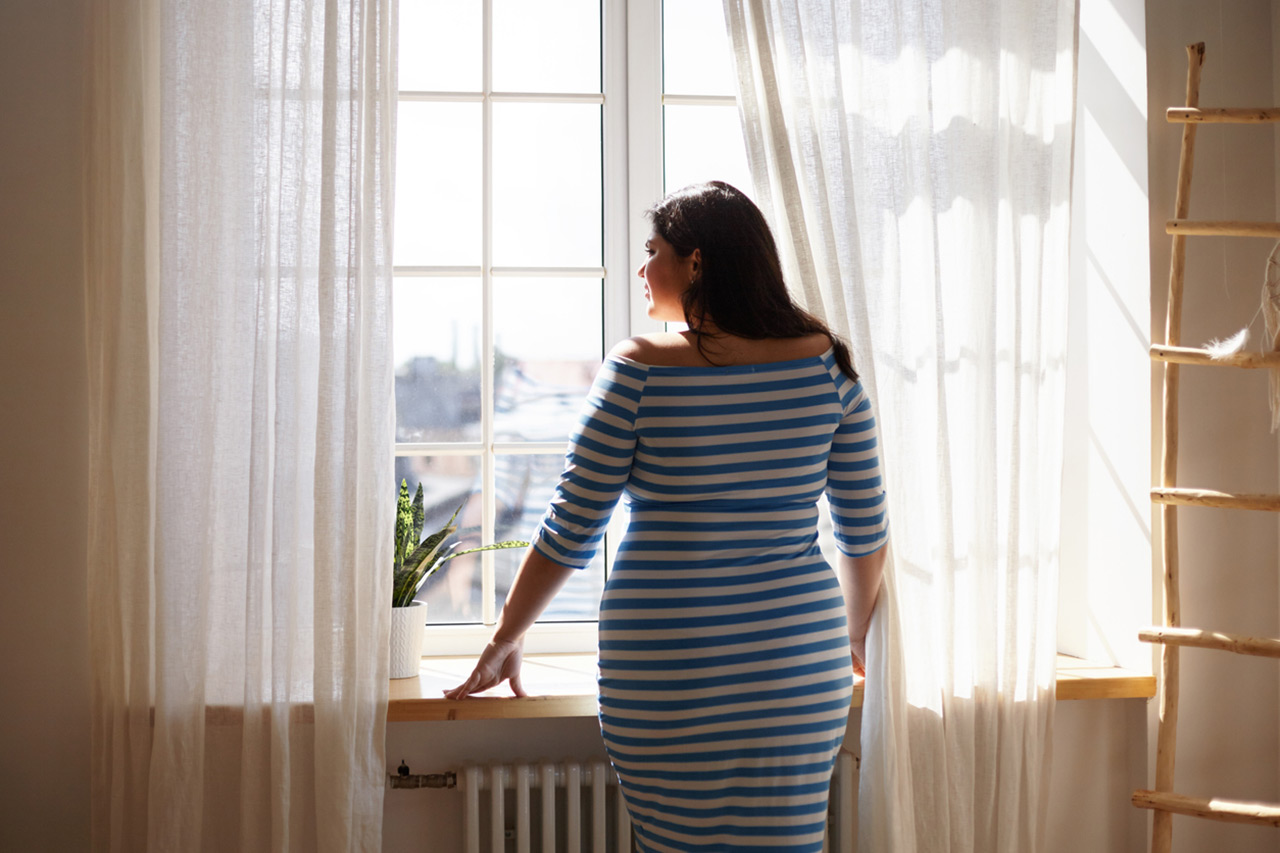 Bulimia Nervosa (BN)
Bulimia nervosa (BN) is an eating disorder that affects between 0.5% and 1.5% of people throughout their... 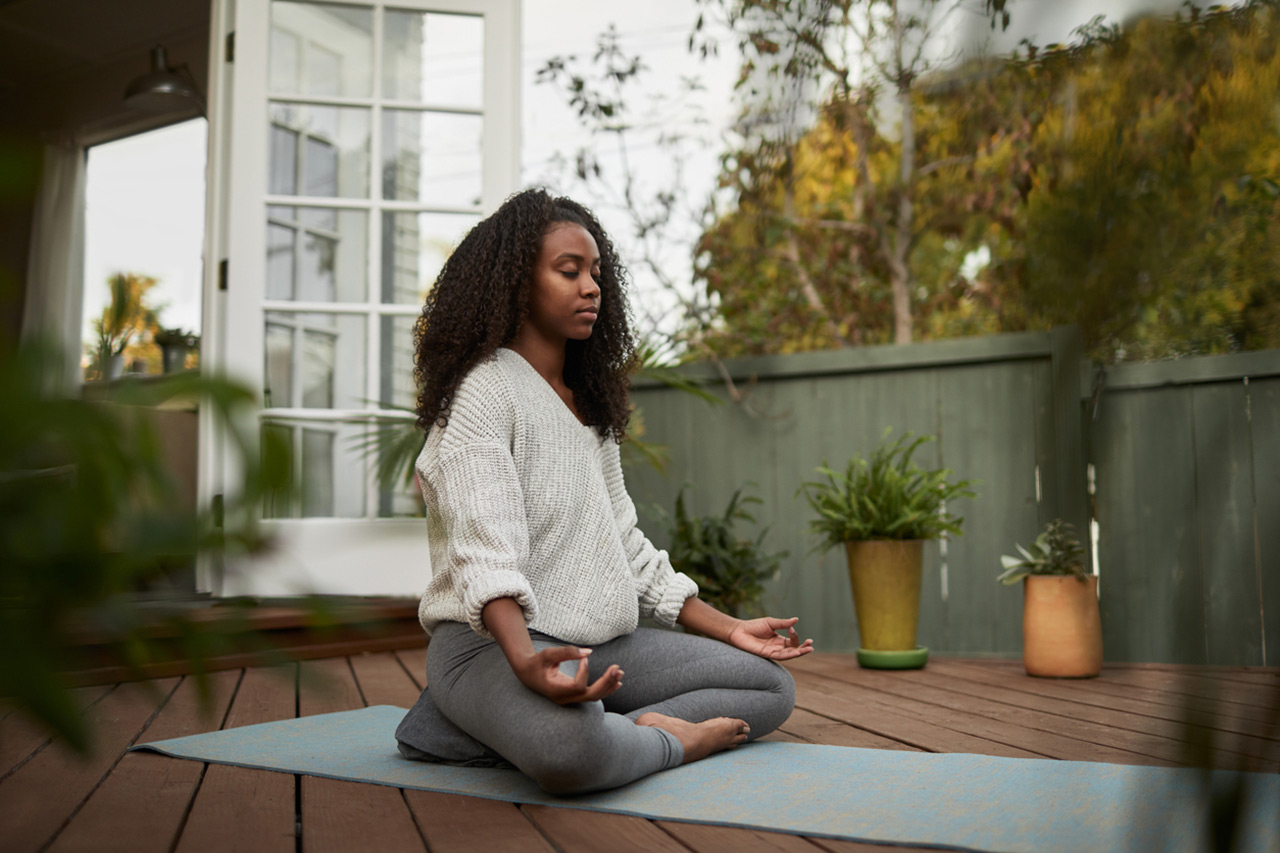 Orthorexia Nervosa
Orthorexia nervosa is an eating disorder that manifests itself as an unhealthy obsession with healthy food... 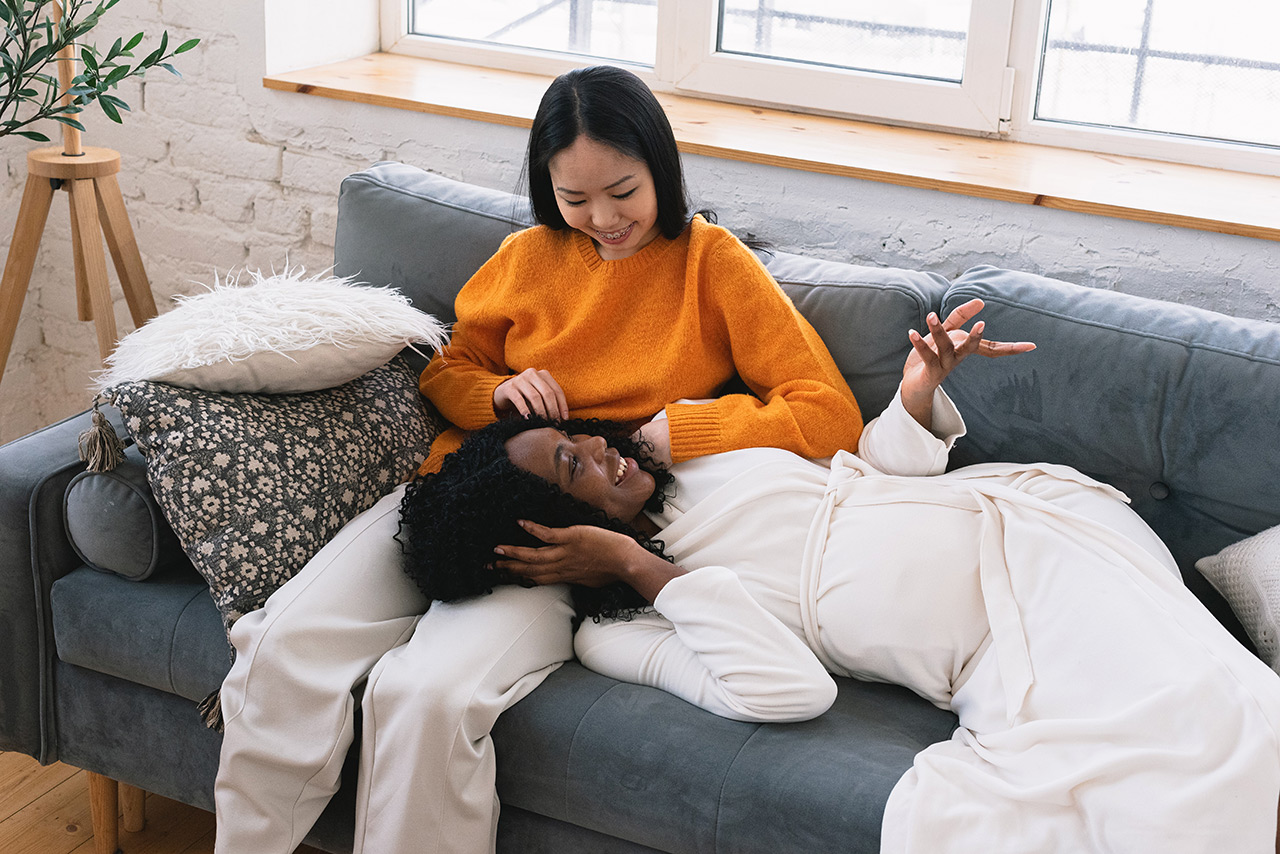 Is binge eating disorder the same as bulimia?

No. BED is not the same as bulimia nervosa (BN). BN is characterized by episodes of purging, laxative abuse, over-exercise, and extreme restriction, after a binge. With BED, the person does not purge the food they eat. (8)

Should a person with binge eating disorder go on a diet to lose weight?

No. The word “diet” should not be used when discussing treatment for those with BED, or any eating disorder. Instead, specialists will develop a nutritional plan that establishes a more positive attitude about the need to eat, and solid nutritional support.

Disclaimer about "overeating": Within Health hesitatingly uses the word "overeating" because it is the term currently associated with this condition in society, however, we believe it inherently overlooks the various psychological aspects of this condition which are often interconnected with internalized diet culture, and a restrictive mindset about food. For the remainder of this piece, we will therefore be putting "overeating" in quotations to recognize that the diagnosis itself pathologizes behavior that is potentially hardwired and adaptive to a restrictive mindset.