Diabulimia is a complex eating disorder that involves the deliberate underuse or restriction of insulin in those with Type I diabetes as an attempt to control their weight. As is true for all eating disorders, diabulimia doesn’t have a single cause. The interaction of several biological, psychological, and social factors may contribute to the development of diabulimia. (1) The key risk factors for developing an eating disorder include weight gain, a history of dieting and restrictive eating, family dysfunction, and low self-esteem. (2) Having a Type 1 diabetes diagnosis complicates an eating disorder, as the management of diabetes heavily focuses on food. 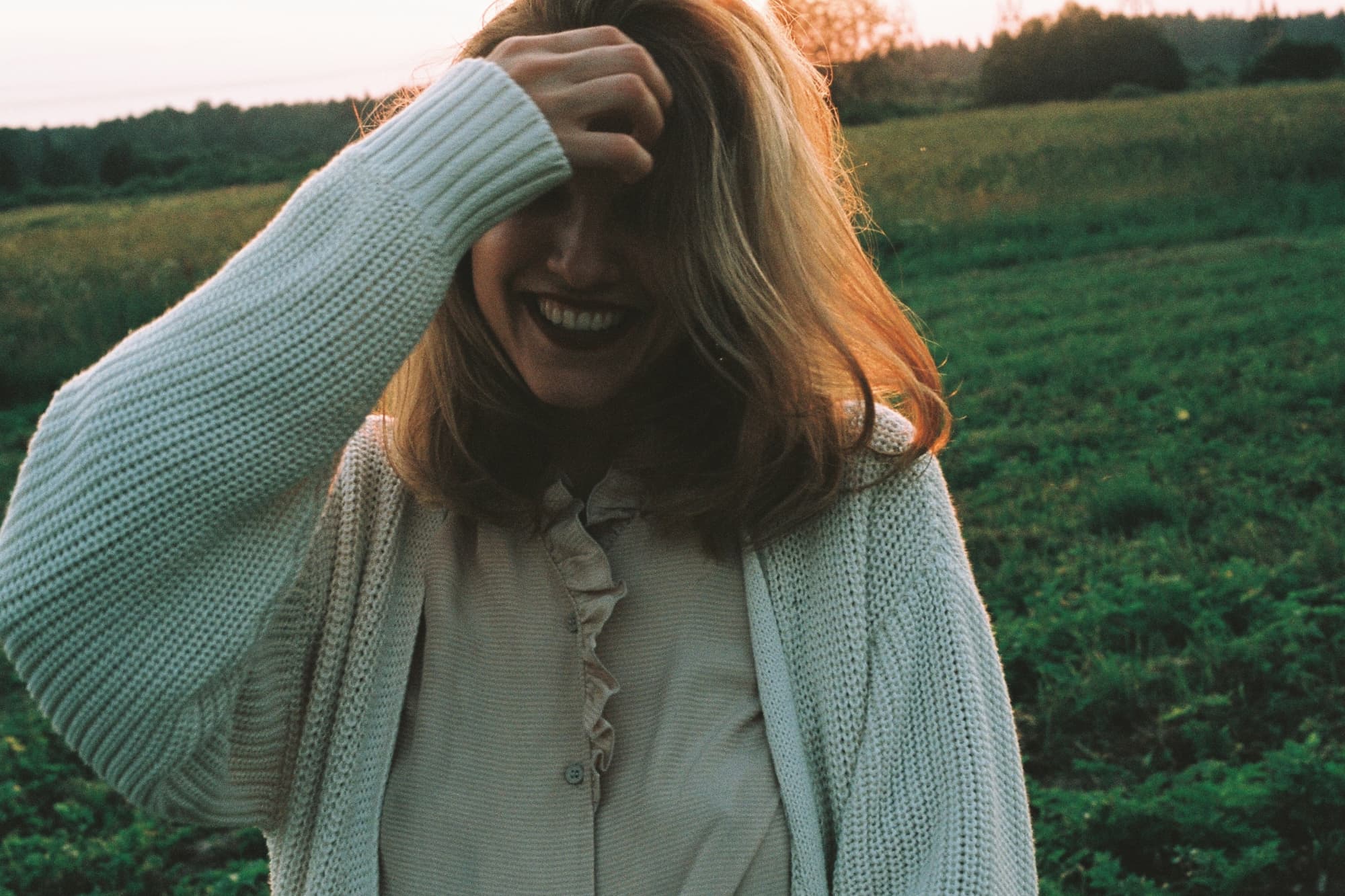 Compared to non-diabetic individuals, those with Type I diabetes are at a much higher risk of developing disordered eating behaviors, as well as eating disorders associated with poor glycemic control. (2)

Research suggests that between 11.5% and 27.5% of adolescents suffering from Type 1 diabetes also meet the diagnostic criteria for an eating disorder, most commonly binge eating disorder (BED) or bulimia nervosa (BN). (3) But the disorder can also affect older individuals.

The aspects of diabetes management, such as a strong focus on glucose numbers, food label reading, carbohydrate counting, meal planning, food restriction, and food rules, can also increase the risk of developing diabulimia or another eating disorder. (4)

Those with depression or anxiety often turn to unhelpful behaviors to cope with their feelings. Some of these behaviors are maladaptive, like disordered eating behaviors, including bingeing and purging. (5)

Mental health disorders, like depression and anxiety, can also affect appetite, which can lead to disordered relationships with food and insulin administration.

Up to 30% of women with Type I diabetes exhibit behaviors associated with diabulimia, typically between ages 15-30. (4) But diabulimia can affect boys, too, although less research has been conducted with boys.

Part of this increased risk can be attributed to observed behaviors, such as witnessing a family member dieting, restricting food, or even purging. However, research--primarily twin studies--has shown there is also a genetic link to eating disorders. One study discovered that roughly 40% to 60% of the risk of developing anorexia nervosa (AN), bulimia nervosa (BN), and binge eating disorder (BED) is from genetic influence. (7)

Weight Gain Due to Insulin Injections

There is a tendency for weight gain when starting insulin therapy, particularly among adolescents. At this age, this change can be both physically and emotionally difficult. For many, the anxiety of weight gain is so extreme it leads to reducing or omitting the quantity of insulin they administer. (1)

Some people with Type I diabetes believe they will be able to manipulate their insulin administration to lose the weight they’ve gained.

Some people with Type I diabetes expect to completely control and manage their blood sugar, and see it as a personal failure if they can’t. If blood sugar is high, they see it as a lack of control over themselves and their eating. (8) This can lead to some individuals trying to gain back control in maladaptive ways, such as omitting insulin to gain control of their weight.

However, in reality, blood sugar is influenced by a myriad of factors. Therefore, even when insulin is administered correctly, blood sugar may be out of range.

Furthermore, some individuals with diabetes develop a mistrust of their body cues, such as their satiety or hunger. Or they may have had instances of hyperglycemia or hypoglycemia, leading to attempts to control their blood sugar through over- or undereating.

These various stressors specific to those living with diabetes can contribute to the development of an eating disorder. (8)

Childhood trauma or life-altering events can increase the risk of the development of an eating disorder. (6) Research has found rates of eating disorders are significantly higher in those who have experienced trauma and/or post-traumatic stress disorder (PTSD). (9)

Many types of trauma have been associated with an eating disorder, including but not limited to:

Research indicates that eating disorders, like diabulimia, may be linked to certain personality traits, such as perfectionist tendencies, obsessive thinking, low self-esteem, and emotional instability. (10)

If someone doesn’t have healthy coping strategies to deal with difficult emotions or negative thoughts, they may develop disordered eating behaviors as a way to cope or distract from emotional distress. In cases of diabulimia, they may involve purging via restricting insulin therapy or eating foods they shouldn’t, due to their diabetes.

People with diabetes often experience severe weight loss before diagnosis, followed by weight gain with the start of insulin therapy, which can lead to body dissatisfaction and low self-esteem. Plus, a Type 1 diabetes diagnosis usually occurs during puberty, when individuals may already have preoccupations with their weight and negative body image. (2)

Research has shown that almost a third of women mismanage their insulation administration to lose weight or to avoid weight gain. (9) Insulin omission is a form of purging for people with diabulimia, as it results in the excretion of calories, via excess sugars in urine. (2) Sufferers of diabulimia may adopt additional disordered eating and purging behaviors to further control their weight.

Feeling Judged by Others

There is a tendency for us as a society to describe food in moral terms, i.e., as “good” or “bad,” “healthy” or “unhealthy.” This can lead to people with diabetes feeling judged by others for the food choices they make. (6) They may even judge themselves, which can result in disordered eating behaviors, such as eating food in secret and then purging the extra calories by withholding insulin.

Skewed beauty standards, such as those seen on social media with the use of unrealistic filters, can contribute to a disproportionately negative body image and focus on physical appearance. Peer and parental messages can also contribute to how a person views thinness and body shape and participates in social comparison. (6)

In adolescents particularly, these societal pressures can be exacerbated by the weight gain that occurs when starting insulin treatment.

Treatment for people presenting with two conditions requires a multidisciplinary approach from a team with knowledge of both eating disorders and diabetes. A collaborative approach from a dietitian specializing in diabetes, an endocrinologist, a psychologist, and a mental health professional will help formulate the right treatment plan.

The main priorities of treatment initially are to stabilize eating behaviors, maintain optimal glucose control, and address the purging, i.e., insulin restriction. (2) Therapies for diabulimia include:

Being met with empathy, support, and understanding is important when someone with diabulimia enters treatment. There are also support groups available for family members of loved ones struggling with diabulimia.

Within Health offers clinically-superior at-home treatment for all eating disorders, including diabulimia. If you’d like to learn more about our virtual programs, call our admissions team today. 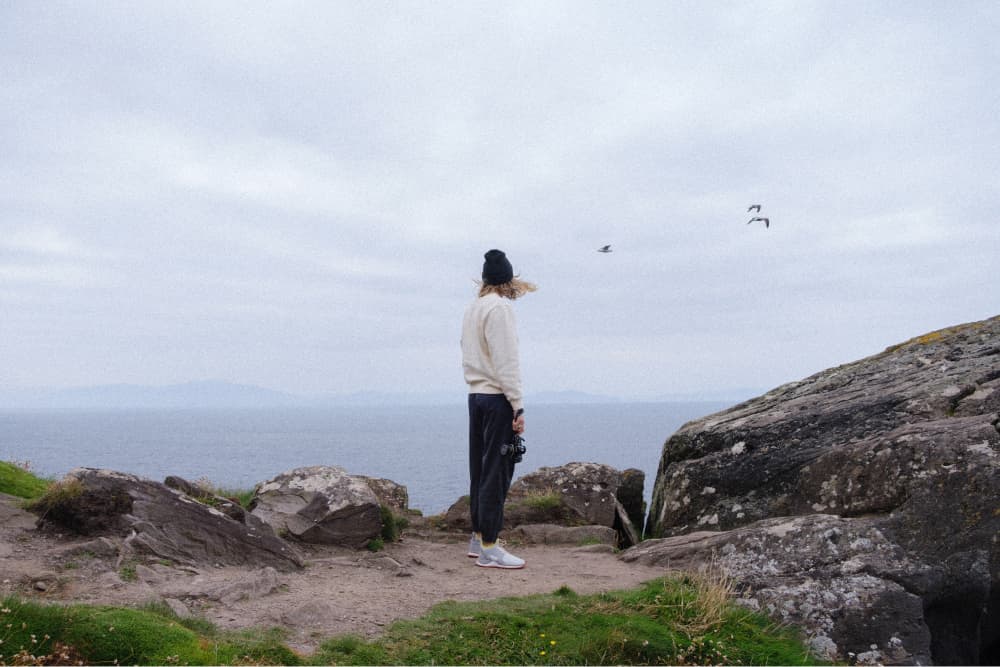 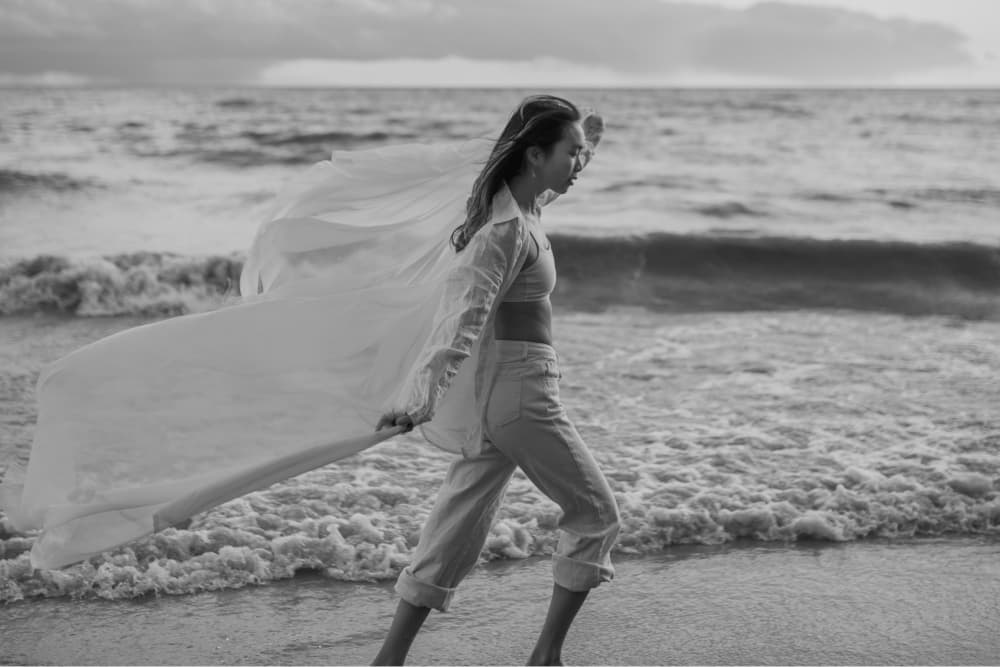 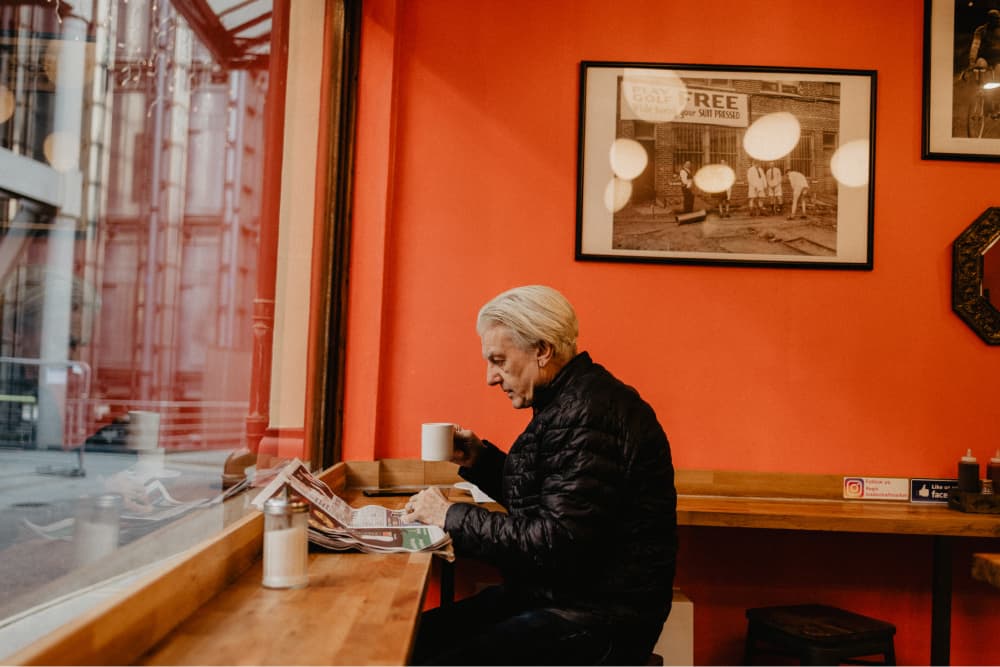 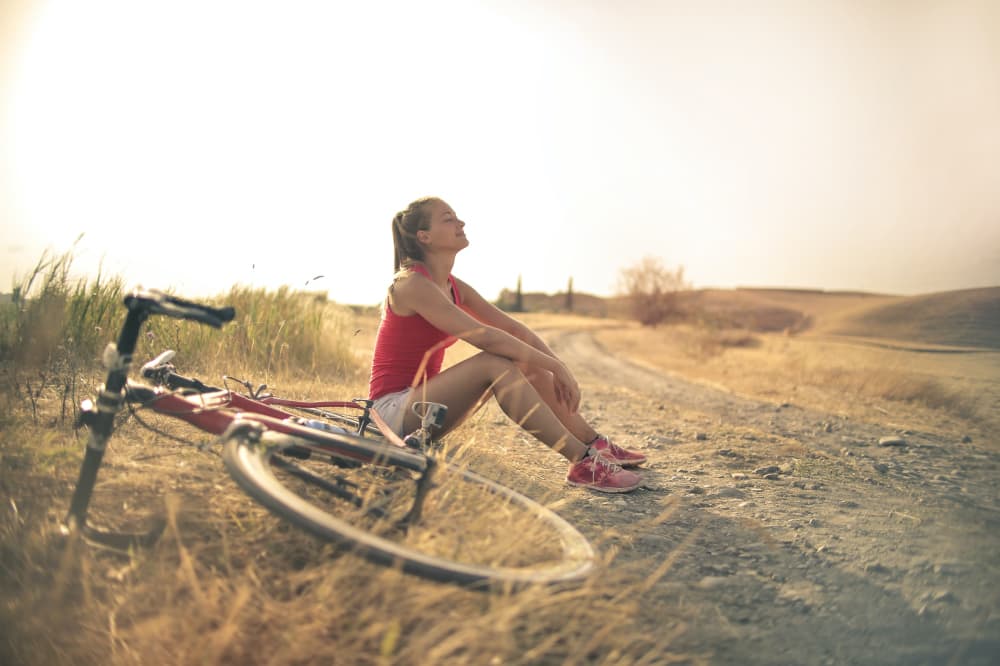 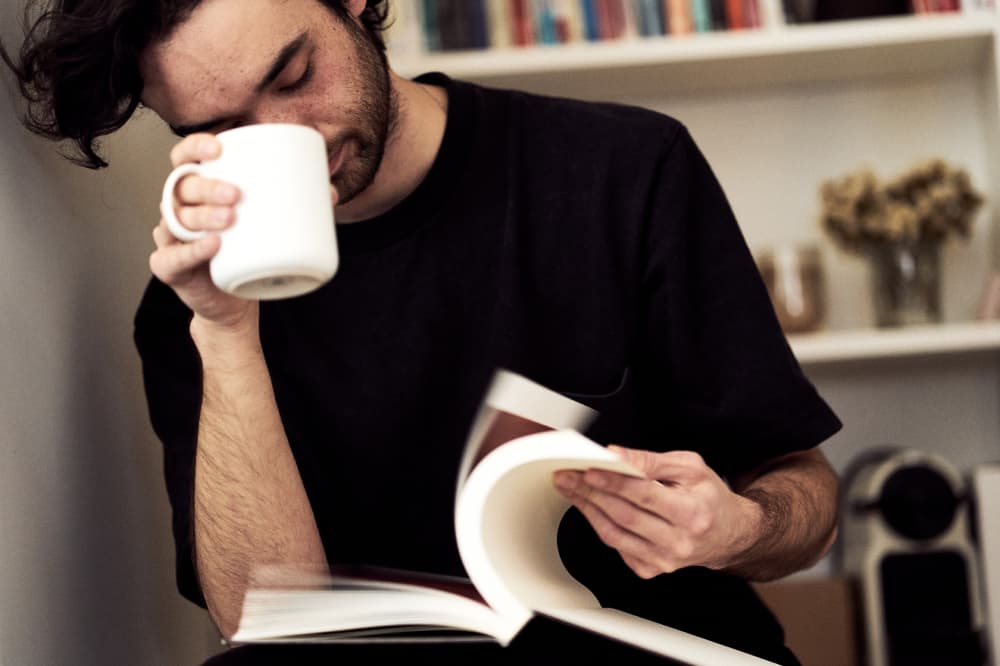 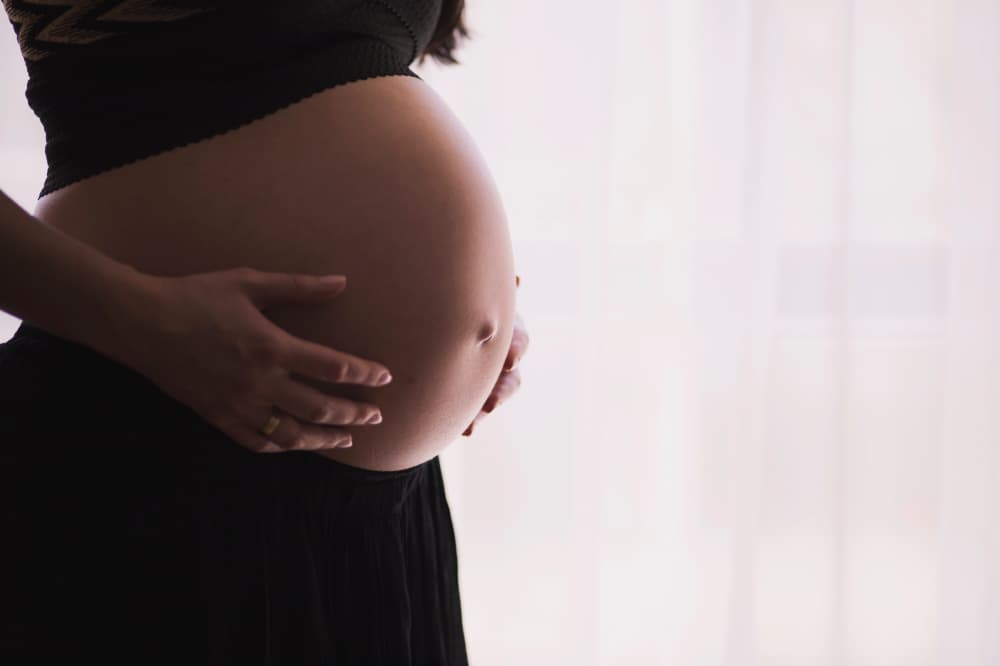 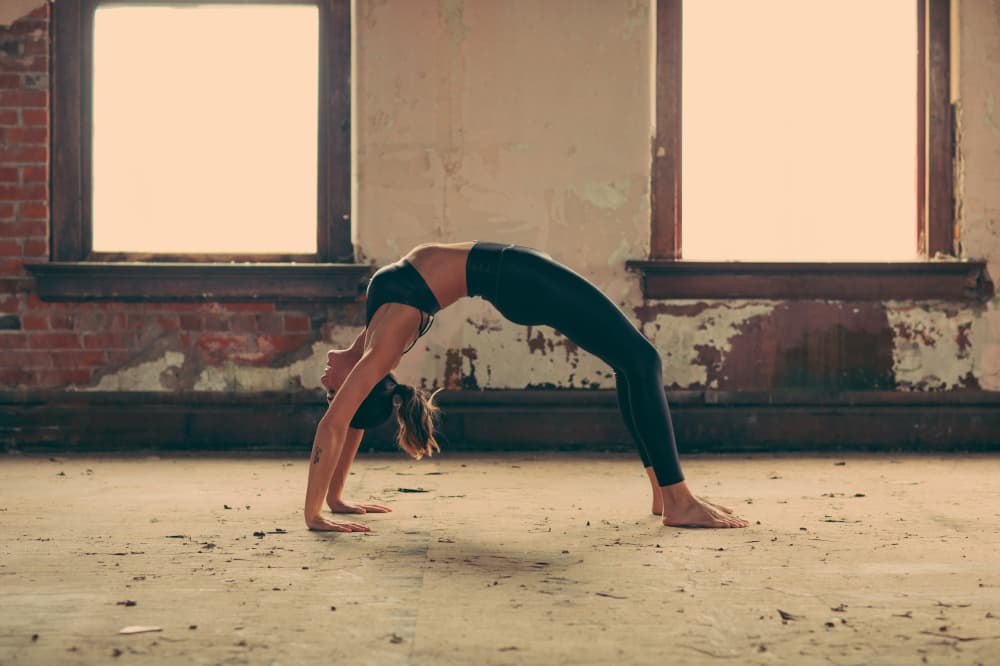 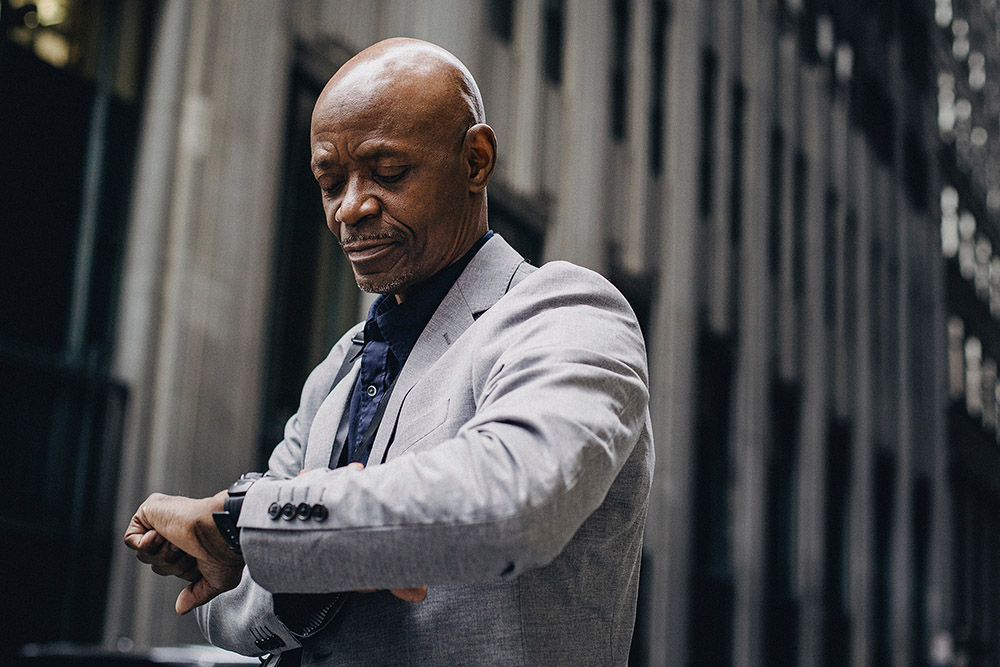 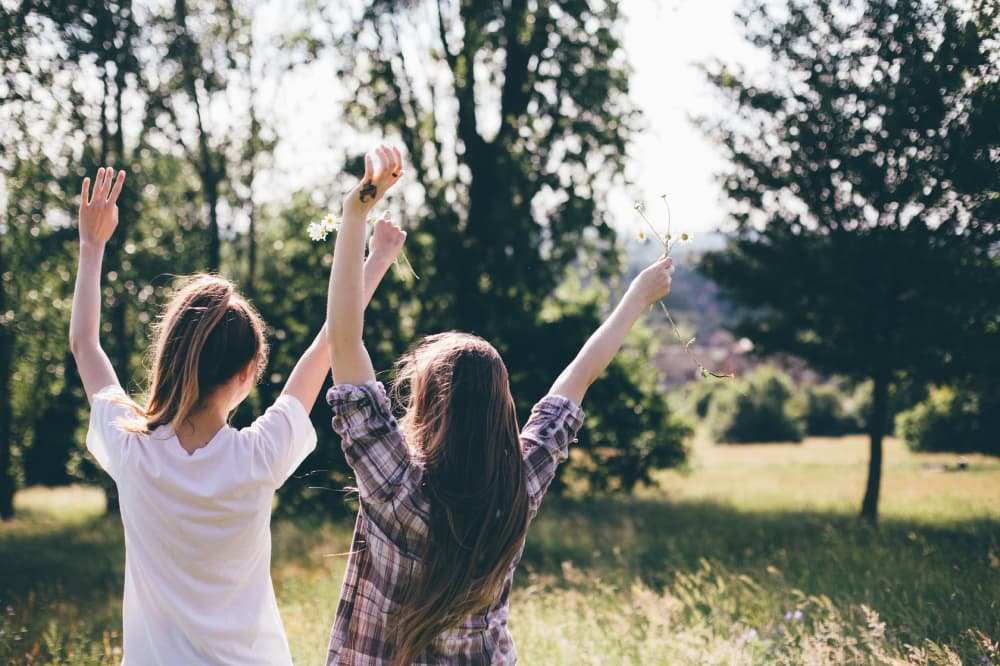 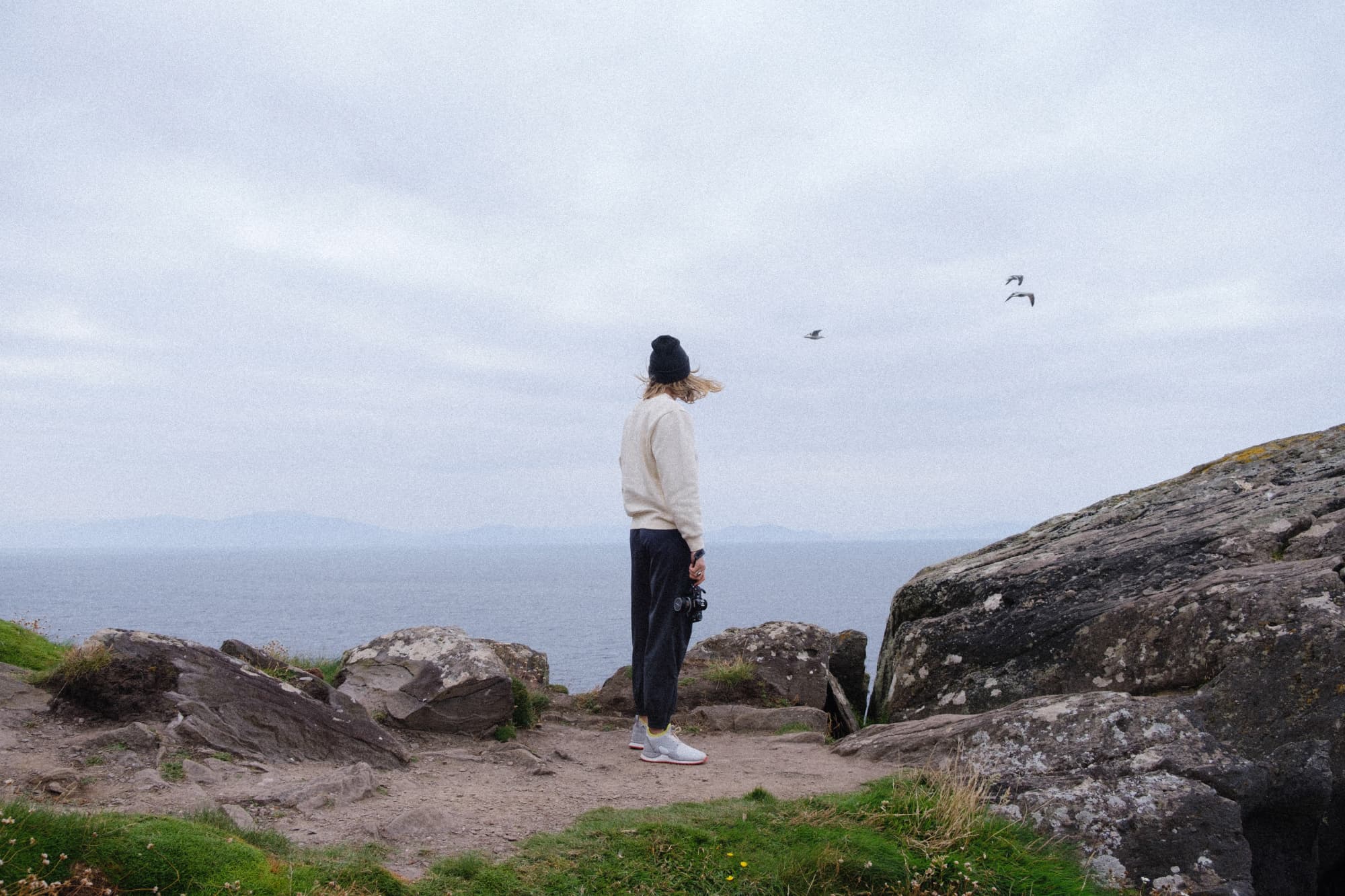 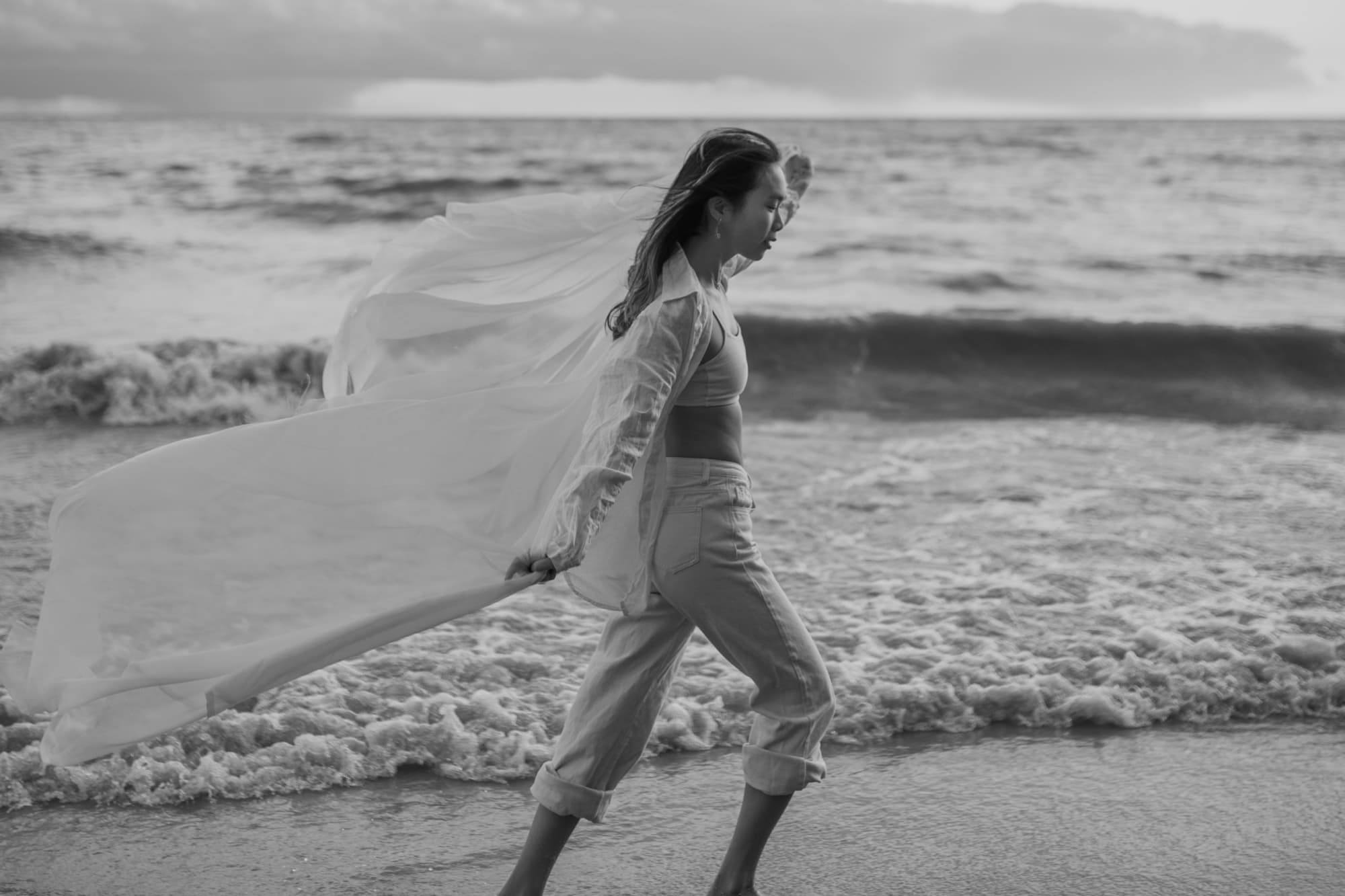 What Causes Atypical Anorexia Nervosa?
Atypical anorexia nervosa (AAN) is a serious eating disorder that shares many of the same features of... 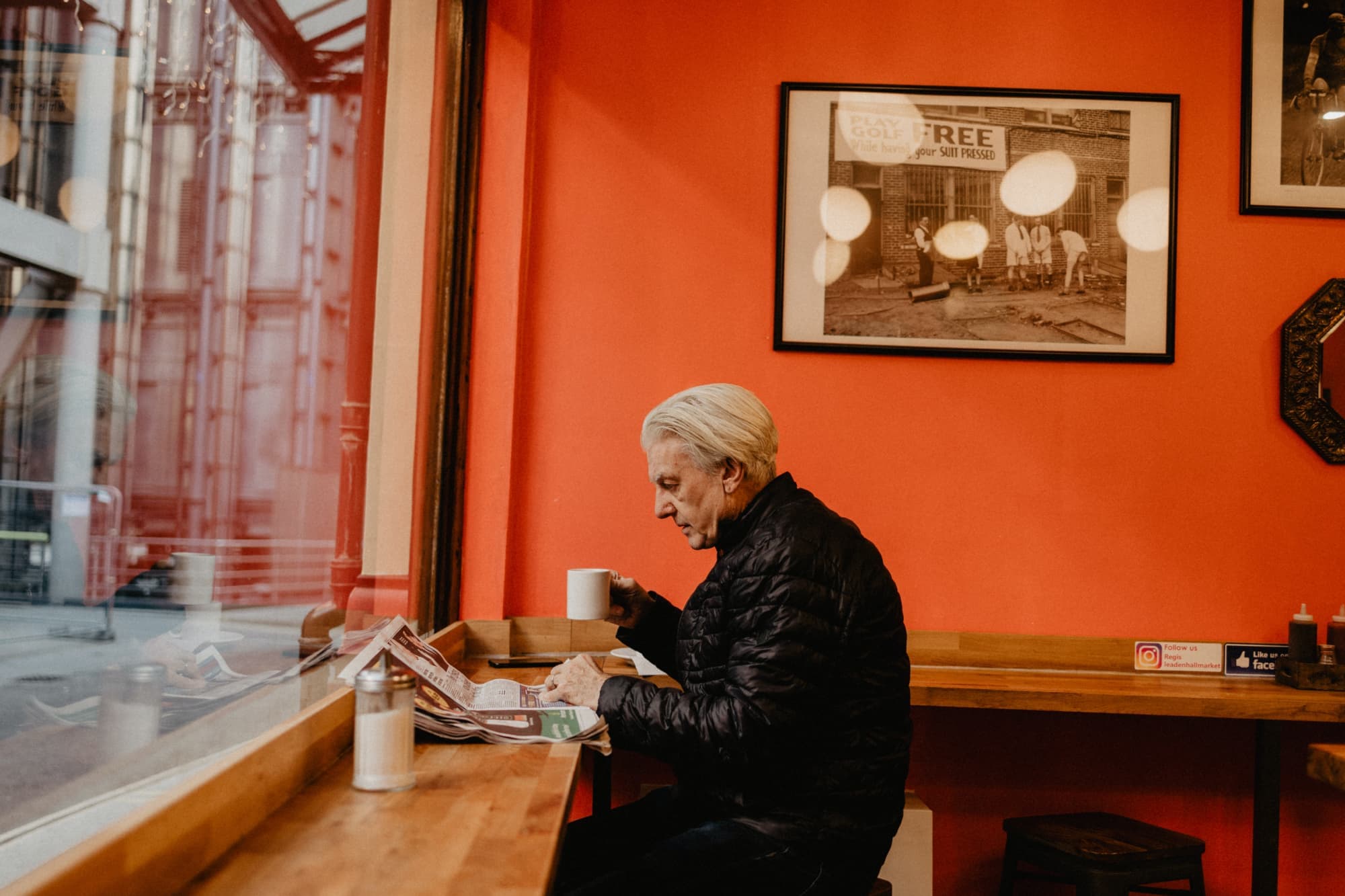 Treatment of Diabulimia
Diabulimia is a complex eating disorder that involves the deliberate underuse or restriction of insulin in...